As part of its goal to retain a leadership role in ensuring a sustainable maritime industry, Evergreen Marine Corp. is part of an ambitious project to measure and monitor the distribution of greenhouse gases in the Pacific Ocean. Nine container ships from Evergreen Line were the first commercial ocean carriers that were equipped to measure marine hydrocarbon and halocarbon emissions as part of an international Pacific Greenhouse Gases Measurement (PGGM) project, which commenced in 2009.

Taiwanese scientists at National Central University with the cooperation of Evergreen Marine Corp., the National Science Council (NSC), the Environmental Protection Administration (EPA) and the University of Cambridge initiated the PGGM project in 2008. The project combines data from Taiwan's FORMOSAT-3/COSMIC satellites. The FORMOSAT-3/COSMIC program is an international collaboration between Taiwan and the United States that uses a constellation of six remote sensing micro-satellites to collect atmospheric data for weather prediction and for ionosphere, climate and gravity research.

Likewise, air quality has become a global problem. Emissions are transported over national and continental boundaries and influence air quality elsewhere. The scientific need for representative in-situ observations has been expressed in clear terms in assessments by the IPCC and international science panels. High-quality routine observations from in-service aircraft have proven invaluable as they provide detailed vertical information of tropospheric ozone composition in the tropopause or lower atmospheric region. Tropospheric ozone is a greenhouse gas and initiates the chemical removal of methane and other hydrocarbons from the atmosphere.

Thus, its concentration affects how long these compounds remain in the air which is of large importance for climate change, the hemispheric distribution of air pollution and the impact of aviation.

The instruments on aircraft and containerships are expected to operate for more than 10 years. In doing so, PGGM will be able to produce a three-dimensional greenhouse measurements over the Pacific region. These data will be very important for estimating the total emissions of greenhouse emissions in the Pacific regions. These data will also represent one of the key contributions from Taiwan to the international community in the context of global warming and climate change.

Wang Kuo-ying, director of NCU's Center for Environmental Studies, said prior to the Ever Ultra's launch that the project would for the first time for generating invaluable data from in-service containerships and aircraft, as opposed to fixed measurement stations. This is an unprecedented effort that will over the next 20 years observe the global distribution of greenhouse gases, which will put Taiwan's greenhouse gas observation on the same track as international studies.

The Evergreen Group is committed to playing its part in the battle to restrict global warming. Striking a balance between providing transport services and being environmentally sensitive is not easy but Evergreen's strong sense of social responsibility will ensure that the company will seriously consider every possible way of minimizing the industry's and its own global footprint. This will also enable its customers to develop greener supply chain systems.

Evergreen's S-type "Greenships" were the first to incorporate many new environmental features well beyond current international environmental requirements. These include a double-skinned hull with all fuel tanks situated within the transverse bulkhead spaces, thus minimizing the risk of oil pollution or fire as a result of grounding or collision. A high-capacity oily water separator enables the oil content of wastewater to be reduced to just 15ppm. Larger separator bilge oil and bilge oil holding tanks provide more storage capacity, enabling Greenships to maximize the amount of waste that can be held for ultimate disposal in specialized shore facilities.

The project is touted as a sign of Taiwan's determination to join international forces in battling global warming and Evergreen's commitment to taking a leadership role in this matter. 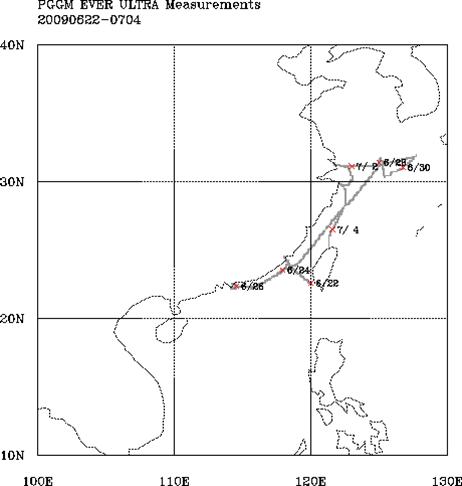 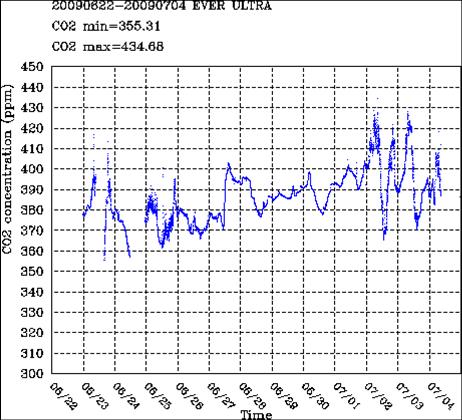 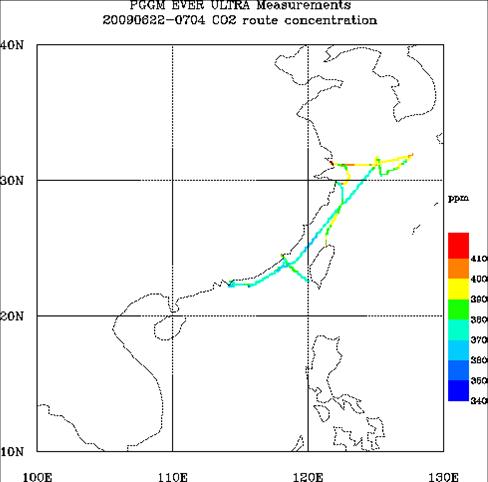 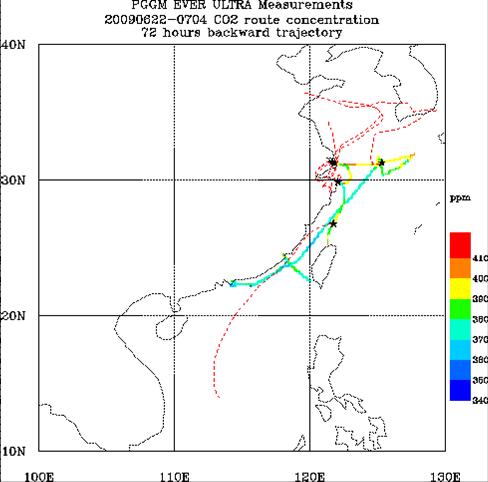 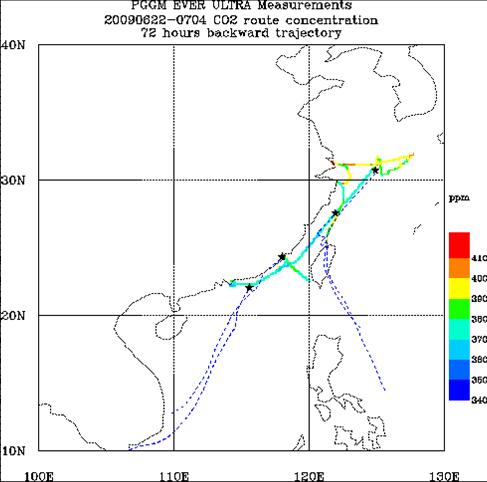 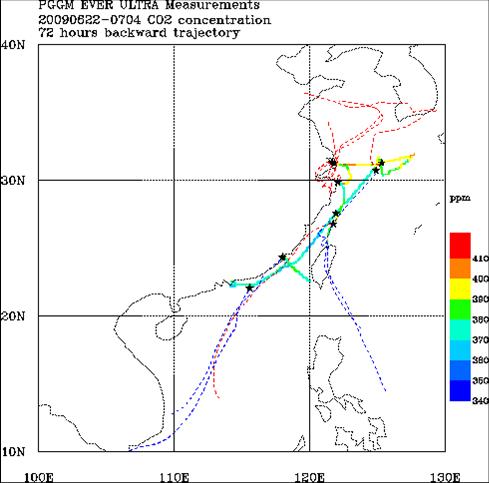 Evergreen's dedication comes from the top and filters through every level of our organization. People are our industry's most valuable resource. So, Evergreen established the 2,850 square meter (30,677 sq. ft) Evergreen Seafarer Training Center under the guidance of Group Chairman Dr. Chang Yung-fa. The goal is to polish the professional skills of group crewmembers and avert the occurrence of accidents or environmental pollution at sea and to conform with the international regulations as the 1995 amendments to the STCW (International Convention on Standards of Training, Certification and Watchkeeping for Seafarers) Code, and standards governing port safety inspections.

Since seafarers' training is the mainstay of all Evergreen operations, training takes place regularly aboard every ship for officers and crew for a range of subjects: emergencies, fire and safety drills, and meetings to review the latest regulations and environmental practices.

The anchoring ground, however, for worldwide Evergreen training is the Seafarer Training Center in Taiwan led by a full-time staff of more than 20 highly experienced professionals, including a director, a captain, chief engineer, various systems engineers and instructors. ESTC was awarded ISO-9001: 2000 certificate by Det Norske Veritas (DNV), which recognized the Center's compliance with standards governing "Rules for a Maritime Training Center" as well as certificates for "Rules for a Maritime Simulator Center" and "Rules for Maritime Simulator Equipment".

The center houses some of the most sophisticated training aids in the industry, including fully-functional ship training simulators, including a bridge simulator, a propulsion plant simulator, a main engine control system simulator, multi-media debriefing rooms, a library, a medical care training room and classrooms, along with simulation training equipment, for example:

In addition to Evergreen's own strict operating standards for safety and anti-pollution, the center meets the stipulations of the STCW, the International Convention on Standards Training, Certification and Watchkeeping for Seafarers and ISM, the International Safety Management Code.

Instruction is not limited to the center. Classes are brought to our ships and ports and instructional materials are designed at the center and distributed to our other training facilities and sent to ships for on-board instruction.

Our managers and staff have plans for the future and devote energy to environmental concerns. Globally, Evergreen is exceeding port safety and anti-pollution requirements in every category, whether mandatory or voluntary. In the future, as other ports and nations increase their standards for air and water quality, other carriers will be following in our wake.

Since established in 1999, Evergreen Seafarer Training Center has been endeavoring to fulfill our training policy, which includes upgrading professional capability and working attitude that encompasses ensuring as well the safety of the crew, the ship and our customers' cargo.

Preventing marine pollution and marine accidents through organized training courses and practical exercises reinforces the professional knowledge of our crew.

The Evergreen Seafarer Training Center has set up two real equipment of BWS (Bilge Water Separator) in Dec. 2005, both was conform with IMO MEPC (International Maritime Organization Marine Environment Protection Committee), our crews can familiarize these equipment and actually practice the operating procedure before they go on board.